The Community Foundation of Central Georgia, Peyton Anderson Foundation, John S. and James L. Knight Foundation, NewTown Macon, and the Macon-Bibb County Urban Development Authority (UDA) will hold a news conference on Tuesday, January 19 at 3:00pm in Commission Chambers at Macon-Bibb County Government Center (700 Poplar Street) to announce the plan for the next phase of Downtown improvements, as well as unveil a video celebrating the previous success and provide a look into the future. The news conference will be broadcast live on the UDA Facebook page at facebook.com/maconbibbuda.

This announcement follows the massive success of the Macon Action Plan’s first iteration, in which more than 90% of the strategies were implemented thanks to three million dollars from the Downtown Challenge Fund of the Community Foundation of Central Georgia. The Fund, like the Macon Action Plan, was jointly funded by the Knight Foundation and Peyton Anderson Foundation. During the implementation and because of the Plan, Downtown has received more than $400,000,000 in private investment since October 2015.

Officials from each organization will be on hand to share updates and answer questions about the announcements.

FOR MORE INFORMATION: Contact Alex Morrison, Executive Director of the UDA, at 478-955-1595 or Kathryn Dennis, President of the Community Foundation of Central Georgia at 478-750-9338. 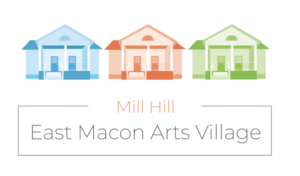