Hit enter to search or ESC to close
https://www.youtube.com/watch?v=_dPCdjZ2oKA

The UDA’s committed, voluntary group of County-appointed experts and critical stakeholders work with a plane of flexibility that efficiently expedites government process.

The seven members of the Authority are appointed by the Mayor of Macon-Bibb and approved by County Commission to four-years terms. Members may serve no more than two consecutive four-year terms.

The appointees must be residents of Bibb County.

Meetings remain open to the public.

The paid staff of the Urban Development Authority consists of an Executive Director, Office Manager and Project Director. The executive director also serves as the Assistant Manager on the Macon-Bibb Government Economic & Community Development Team. 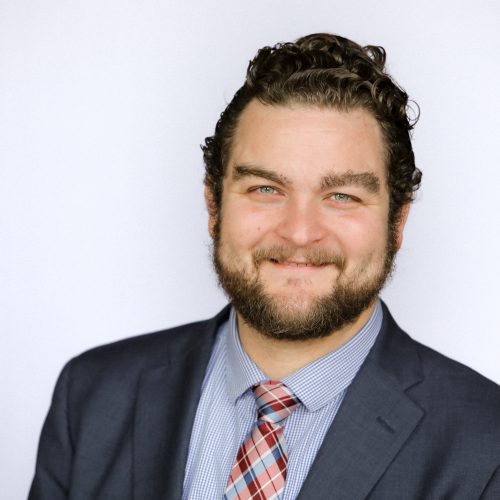 Alex Morrison has served as the Executive Director of the Urban Development Authority since 2011. His role is to work directly with the UDA board to collectively and creatively solve issues that rise with urban revitalization and move ideas into transformation projects for Downtown Macon.

Alex is a 2007 graduate of Mercer University, where he majored in journalism and philosophy. He was a member of the Phi Kappa Phi fraternity and earned the distinction of the Mercerian Award during his senior year. He also assisted in the founding of the College Hill Corridor before moving to the University of Georgia to receive his Master of Public Administration degree in 2010. He has previously served as the Main Street Manager for the City of Macon, Chair of the Historic Macon Foundation Board of Directors and as one of Macon Magazine’s “5 Under 40”. He is currently the Program Chair for Macon Rotary Club, Chair-Elect for Ocmulgee National Park Review and Preserve Initiative and Economic Restructuring Chair for Main Street Macon. Additionally, Alex is a member of the Bragg Jam Board of Directors, Bike Walk Macon Board of Directors and the Connections Art Festival Board of Directors.

Alex volunteers with Bike Walk Macon’s initiative Open Streets Macon. He enjoys cooking, traveling, bicycling, fantasy sports, playing tennis and going to rock concerts. Native to Jefferson Parish, Louisiana, Alex currently lives in Macon, Georgia with his two cats, Patterson and Cooley. His favorite Macon experiences include seeing shows at the Capitol Theatre, eating all of the great food, drinking at the brewpubs and working with his friends to make Downtown Macon the best it can be. 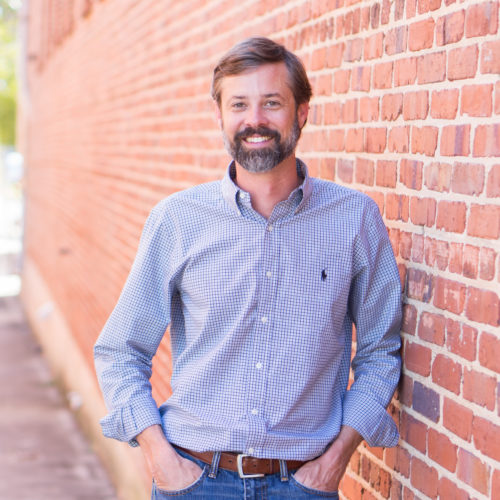 Griffin is president of RDG Ventures, a luxury residential and light commercial construction company. Having worked in the construction industry for nearly 20 years, Griffin also serves as president of New Atlantic Realty Group, Inc. In addition to his executive roles in construction and real estate, Griffin is a general contractor, restauranteur and active investor in Downtown Macon. He has served on a number of organizations, including the Board of Directors at Macon Area Habitat for Humanity. A native of Macon, Griffin is an advocate of community, preservation and growth. ``We love Macon, we are excited about the progress Macon continues to make and I am excited to be a part of the UDA to help further that progress,`` said Griffin. Griffin graduated from the University of Georgia and now lives near Mercer University with his wife Ashley and their two children. 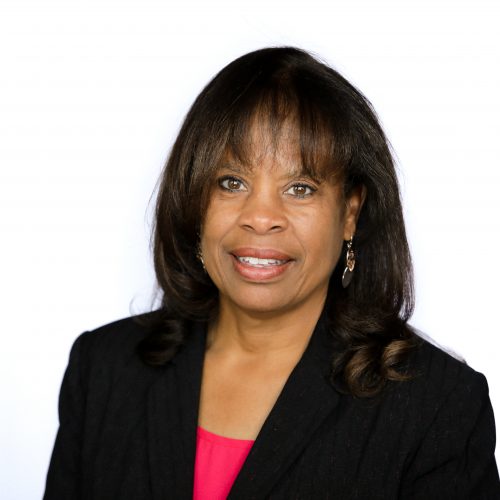 Loretta Thomas has served on the Authority since 2016. She is the owner and broker of A Home For You Realty, LLC in Macon. Prior to owning her own real estate company, she was the regional sales manager for BellSouth Advertising and Publishing from 1984 to 2006.

She was BellSouth Advertising and Publishing President’s Club winner for eight years and a Circle of Excellence Award winner for nine years. Loretta is a member of the Macon-Bibb County Revolving Loan Fund Committee, South Macon Arts Revitalization Technology (SMART) board and the One Macon Business Education Partnership. In 2016, she served as Vice President of the Women’s Council of Realtors and was a member of the 1998 class of Leadership Macon. In 1999, she was a Leadership Macon board member.

Loretta is an active member of her church and she volunteers with the Special Olympics. She enjoys traveling, decorating, dancing, shopping, sports and concerts. She and her husband have one son, George Thomas, Jr. Her favorite Macon experiences include seeing shows at the Douglass and Capitol Theatres, walking through the streets of Downtown, the Poplar Street Christmas Light Show, visiting the Tubman Museum and experiencing the variety of food and shopping opportunities that Macon has to offer. 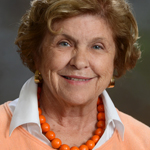 Beeland is the former of executive director of the Macon Arts Alliance, where she created the neighborhood revitalization project, Mill Hill East Macon Arts Village, in collaboration with community partners. Under her leadership, the Macon Arts Alliance also was named a 2016 honoree for the Governor's Awards for the Arts and Humanities. A former marketing executive, Beeland has also served as director of marketing for HCA Healthcare.
In addition to the Urban Development Authority, Beeland is a volunteer leader for several organizations. Highly regarded as an expert in historic preservation, she is chair of the Hay House and serves as ex officio member of the Georgia Trust for Historic Preservation's Board of Trustees.
Beeland is a Mercer University graduate, having received both a Master of Business Administration and Bachelor's in Business Administration from the university. Beeland and her husband Robbie both play an active role in lending their expertise to the preservation and protection of Macon's treasured historical structures. 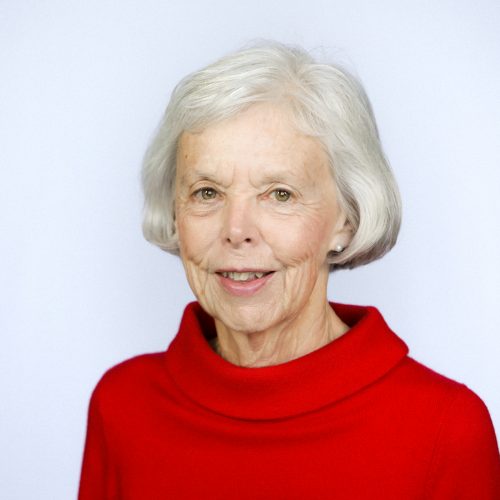 Kay Gerhardt has served on the Authority since 2012. She is a retired attorney from Harris & James Attorneys at Law.

The Macon native received her Bachelor of Science from Loyola University before earning her J.D. at Mercer University’s Walter F. George School of Law. In addition to her work as an attorney, she’s served as a judge for the City of Macon’s municipal court.

Kay volunteers with Daybreak, Open Streets Macon, Macon Film Guild and her church’s social service ministry. Aside from working on her volunteer projects, she enjoys reading, traveling, hiking, hanging out with friends and spending time with her dog, Zack. Kay enjoys watching movies at the Douglass Theatre, seeing the latest Theatre Macon production and trying all of Downtown Macon’s great restaurants. 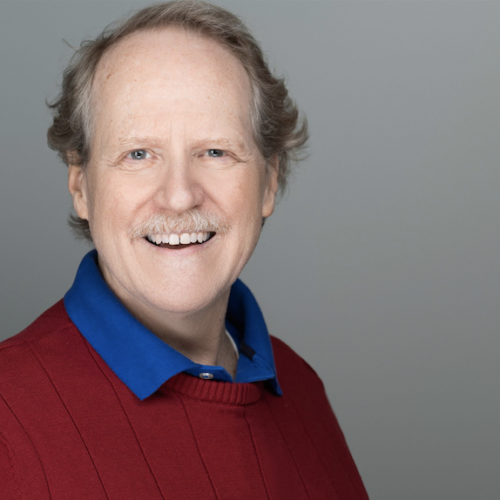 Jim Crisp is the retired founding Artistic Director of Theatre Macon, which he founded with the help of other community members thirty five years ago. He grew up in Ohio with deep family roots in the rubber industry and professional football. His family relocated to Florida in 1967 where his father was a real estate developer and a board member of the Barnett Banks of Florida. Jim earned an undergraduate degree in Theatre from Western Illinois University and an M.F.A. in acting from Florida State University and the Asolo State Theatre in Sarasota, Florida. After working professionally as an actor in New York and Los Angeles, Jim arrived in Macon in 1982 to become the Director of Macon Little Theatre. Jim and MLT parted company in 1986, setting him on the path of founding the theatre company that would change theatre in Middle Georgia, directing over three hundred productions, many of them Macon and Georgia premieres , featuring local artists on stage, back stage, in the orchestra pit, and Gallery. Building a community based, professionally staffed theatre with the vision of being an inclusive, regional force, was the driving intent. Jim is proud to have taught adjunct at both Wesleyan College and Mercer University, finding great hope and inspiration in those students. He serves on the boards of the Macon Film Festival, Macon Pride, Alzheimer’s Dancing stars of Middle Georgia, Middle Georgia Opera Guild, and Theatre Macon. Jim is a current member of the Macon Rotary club and has co-produced and directed the Macon Civic Club Show for thirty three years. Jim has received The Roslyn Elkan Lifetime Achievement Award from the Macon Arts Alliance, the Governor’s Award for the Arts and Humanities, The McDuffie Center for Strings Award for Community service in the Arts, and The Otis Hughes Award for Tourism.
Having been told many times not to locate Theatre Macon downtown because “downtown was dead and never coming back”, when they made the move to Cherry Street in 1987, he is thrilled to see how far our beautiful urban center has come. Jim has been a “Macon Believer “ since arriving in this unique and beautiful community thirty nine years ago . Jim is very happy and proud to call Macon home along with his partner of twenty six years , Roben Weitz, also a retired community arts professional, and a steadying source of support and inspiration. 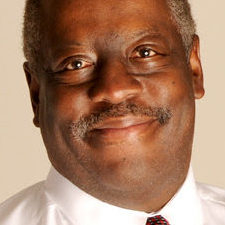 After 24 years at the Telegraph, Richardson retired from the position of Editorial Page Editor in January 2018. He is now the Artist in Residence at Middle Georgia State University. Richardson is a McClatchy Journalism Fellow at Duke University and a Fellow at the Knight Center for Specialized Journalism at the University of Maryland. He has attended Harvard University workshops in narrative journalism and not-for-profit governance. In addition to the Urban Development Authority, Richardson has held several positions on several civic organization boards including State Chairman of Kids Voting Georgia, President of the Board for the Museum of Arts and Sciences, President of the Board of Trustees for the Professional Association of Georgia Educators Foundation, President of the Downtown Macon Rotary Club, President of the Board for the Macon Arts Alliance and Board of Governors at the Grand Opera House.
Richardson received the Liberty Bell Award from the Macon Bar Association and was the 2014 Rotarian of the Year for the Downtown Macon Rotary Club. He also was co-host of ``NewsTalk Central,`` a talk radio program that was broadcast on ABC and Fox affiliates, NewsTalk 940 and Macon.com.
Richardson served as stadium announcer for Northeast High School's football program for more than 30 years. He is now the stadium voice of the Fort Valley State University Wildcats. He and his wife, Pamela, are members at Fellowship Bible Baptist Church in Warner Robins and have two sons, eight grandchildren and four great grandchildren.

Request Records from the Authority